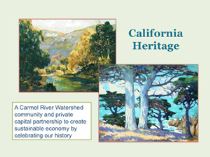 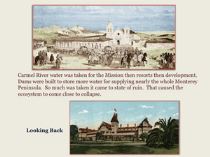 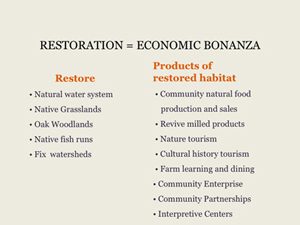 A trail is slowly being blazed along the California coast from Mexico to Oregon.

And now, the California Coastal Trail &emdash; a route being created for ambitious backpackers as well as local hikers &emdash; is making its way through Monterey County.

The coastal trail is being created in a spirit similar to the one that built the Pacific Crest Trail, a 2,650-mile route that connects Mexico to Canada while passing through California, Oregon and Washington, and the Appalachian Trail, which stretches more than 2,000 miles from Georgia to Maine.

“There’s quite a bit of enthusiasm around it,” said Monterey County Supervisor Dave Potter. “It’s a great recreational opportunity.”

The 1,200-mile coastal trail will not be as long as the Pacific Crest or Appalachian trails, but nailing down the route through the state’s more developed and more protected coastal areas is a big challenge that may take a long time.

Voters passed Proposition 20 in 1972 recommending a coastal trail system be established and in 2001 state legislation called for the trail’s completion, and the state is now blazing its route through the Central Coast.

The county’s portion of the trail is divided into two major sections: the Big Sur Trail and the Monterey Bay Sanctuary Trail.

The Big Sur portion is about 75 miles long, from San Carporforo Creek &emdash; near Ragged Point in San Luis Obispo County &emdash; to the Carmel River. A coalition of Big Sur residents is doing the master planning to ensure that the trail is acceptable to the community.

Jack Ellwanger is leading the Big Sur residents committee for the coastal trail.

The Transportation Agency for Monterey County is organizing the 20-mile portion of the trail around Monterey Bay.

Currently there is no plan for a trail section through Carmel and Pebble Beach, said Tim Duff, a project manager for the state Coastal Conservancy.

The Pebble Beach Co. does not have an official stance on the prospect of the trail passing through the privately owned Del Monte Forest community, said Mark Verbonich, company vice president of community affairs.

“Nobody (company) has had any contact about the California Coastal Trail project,” Verbonich said, adding that Pebble Beach allows public access along 17-Mile Drive for cyclists and pedestrians.

The Big Sur committee will work with residents in six different areas to craft particular sections of the trail. It will have to work with private property owners, but an inclusive approach to the trail planning should address their concerns, Ellwanger said.

“We’re not proposing to take anyone’s property,” Ellwanger said. “This trail will be designed by the people in (each area). If there’s something they don’t like, we don’t want to foist anything on them they don’t want. They’re part of the landscape, part of the community, and this is a community-driven process.”

The 7,000-acre El Sur Ranch is one of the biggest pieces of private property on the Big Sur coast. Owned by Jim Hill, the ranch covers 11 square miles next to the Point Sur Lighthouse.

Hill supports the trail, but since Highway 1 and the Old Coast Highway already pass through his property, he is opposed to another public route through the ranch, said Aengus Jeffers, Hill’s attorney.

“The ranch is firmly opposed to any effort to establish a new public right-of-way through the ranch,” Jeffers said in an e-mail.

Part of the coastal trail will use existing paths, such as hiking trails and segments of Highway 1 or the Old Coast Highway, Potter said.

The Coastal Conservancy does not specify that the trail must be within a certain distance of the shore, just within “sight or sound.”

“But that’s nebulous,” Ellwanger said. He said the trail would go as far inland as necessary.

So the trail could go around the El Sur Ranch and other private coastal property by veering inland on already-established hiking trails, Ellwanger said.

The entire coastal trail, which is about half completed, remains a long-term project.

The county transportation agency has a 15-year plan and a $27 million cost estimate to complete its segment along the bay. The Big Sur section has no timetable.

“I don’t think you’re going to see an end-to-end trail anytime in the near future,” said Rep. Sam Farr, D-Carmel, at a January meeting in Big Sur. “The regulatory hassle is unbelievable. It’s like we’re building an interstate freeway.”

Laith Agha can be reached at 646-4358 or lagha@montereyherald.com.